Sir Ridley Scott: No Longer Agonizing Over What To Do Next. 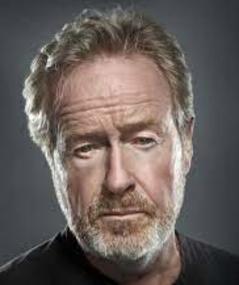 At 78, Sir Ridley Scott is busier than ever. The British-born director and producer of film and television is juggling myriad projects after coming off of a year that has seen the release of his highest grossing film of all time, 2015’s TheMartian, starring Matt Damon. That feel-good film, highlighting the plight of a stranded astronaut and Earth’s attempts to save him felt fresh, assured, and completely immersed in its sense of its own world. Which is no surprise considering the formidable talents of its director, Mr. Scott.

Ridley Scott had been involved in the film and television production world for over a decade before he made his first feature, 1977’s the Duelist, which won him Best First Feature at Cannes Film Festival. He was forty years old. That was the same year Mr. Scott (and everyone else) saw Star Wars and fell in love with cinematic science fiction epics, and Mr. Scott’s next two films, 1979’s Alien and 1982’s Blade Runner became classics that completely redefined science fiction in film.  Since then, Ridley Scott has enjoyed a non-stop career directing historical epics, fantasies, and tales of modern war, with the occasional detour into more personal, eclectic stories like 1991’s Thelma and Louise.

At this point it is easy to say that his range and his productivity are every bit as noteworthy as his incredible attention to detail, the way every film he makes lives and breathes with a particular aesthetic defined by detailed costume work, excellent acting, and carefully selected shots and takes. These are the strengths of a good collaborator, someone who can communicate well with the costume designers, the writers, the actors, they speak to his strength as a producer and developer as much as a director.

He has also become heavily involved in television, producing the shows Numb3rs, The Good Wife, and most recently the first season of The Man in the High Castle. And he is not slowing down. In an interview with Timeout.com in 2008 he told Trevor Johnson: “I used to agonize over what to do next, but now I’m making a movie a year. It’s insane, but it’s only a movie after all. You just hang in there and occasionally you might make something which you can call art… briefly.” Now Mr. Scott has returned to his earliest franchise with the upcoming film Alien Covenant, slated for 2017. The film will be part of a saga bridging the story between the original Alien film and his 2012 film Prometheus set in a shared fictional universe. He is also slated to be directing a new film by the writer of The Martian, an adaption of Joe Halderman’s novel The Forever War, and a potential sequel to Blade Runner.

2016 will also see the release of Morgan, a science-fiction thriller directed by Luke Scott, Ridley Scott’s son. Ridley Scott was executive producer on the film.

Mr. Scott has two other children, Jake and Jordan Scott. They are all following in their father’s footsteps as directors.

By Kyle Amann, a freelance writer, based in Hollywood.

Koufax’s Perfect Game And Scully’s Call For The Ages “We’re The Only Plane In The Sky:” Where The President Spent The Eight Hours After The 9/11 Attacks